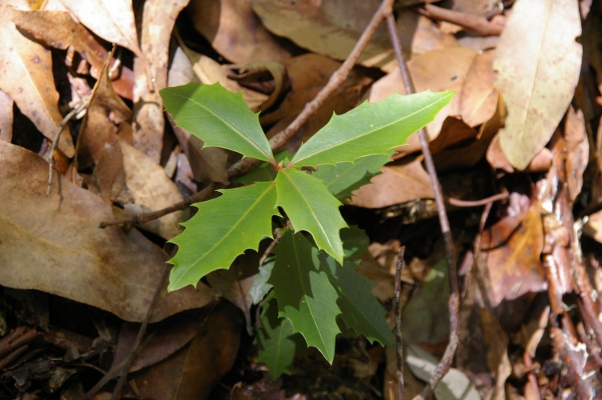 Just down slope, perhaps 50 metres away are plants including Argyrodendron actinophyllum subsp. actinophyllum, Doryphora Sassafras, Ficus coronata, Syzygium australe, Syzygium floribundum and Syzygium smithii.  Down there it is a little too damp for our little Muttonwood to survive.

These same species occur at the same elevation as the above mentioned Eucalypts about 80 metres north.  I'm inclined to believe this odd domination by Eucalyptus species is more to do with fire (and and for some, frost) 30 to 40 years ago than anything else

Myrsine variabilis are smaller trees of the middle storey unlike the others mentioned above (except F. coronata) which can grow to be quite large cover storey trees. 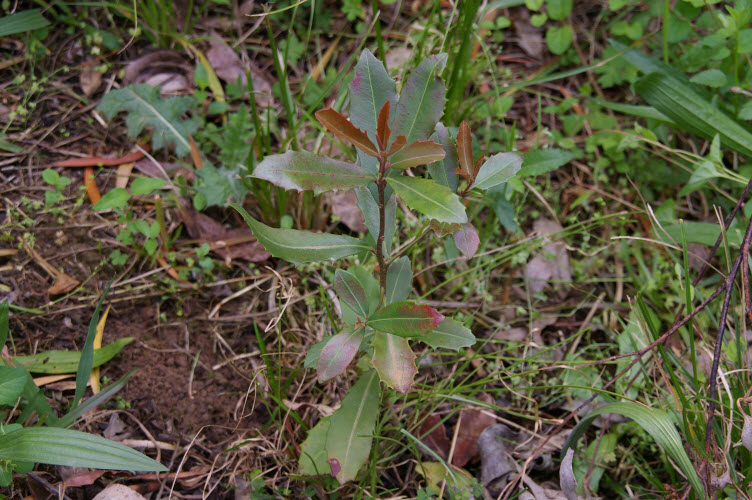 This young Myrsine variabilis is a seedling transplant, having been dug out of a new quad bike track.  I took it back to the Shade House and here it is a while later near our front gate.

I needed some plants that were frost hardy, the reddish purple tinge is minor frost damage, this is almost the frostiest part of our garden area.

Even a light frost kills new shoots, the mature leaves get more frost hardy as they age.  You can be left with a stick with leaves at the bottom.  It will sprout with vigour in the Spring. 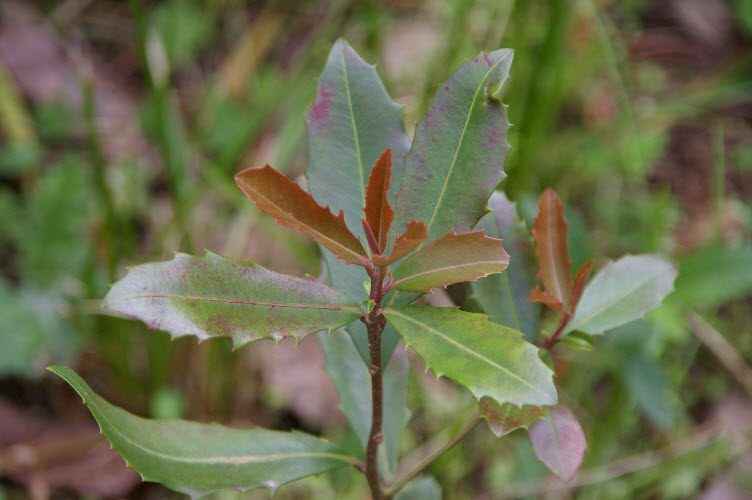 It is unusual to see entire leaves on young plants. The leaf pointing towards 11 o'clock is almost an exception, it almost became entire, that is the margin of the leaf is becoming undisturbed.

The norm on immature plants is spines, they are not particularly nasty, just about nil defense against Swamp Wallabies who relish them.

Myrsine variabilis are caged in Privett infested areas till they are close to 1.5 metres tall, such is their attraction to Wallabies.  I took the cage off for a few minutes to weed it and take photos.