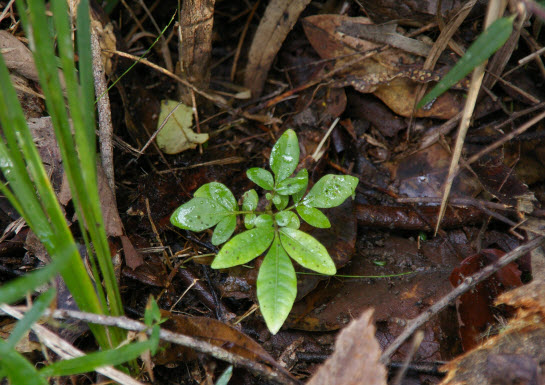 Rosewood can be rather slow to leave the seedling stage, in good conditions it might take 2 or 3 years, this one still has a way to go.

They only seem to accelerate after they get to about .5 of a meter tall, after that they grow with reasonable speed. 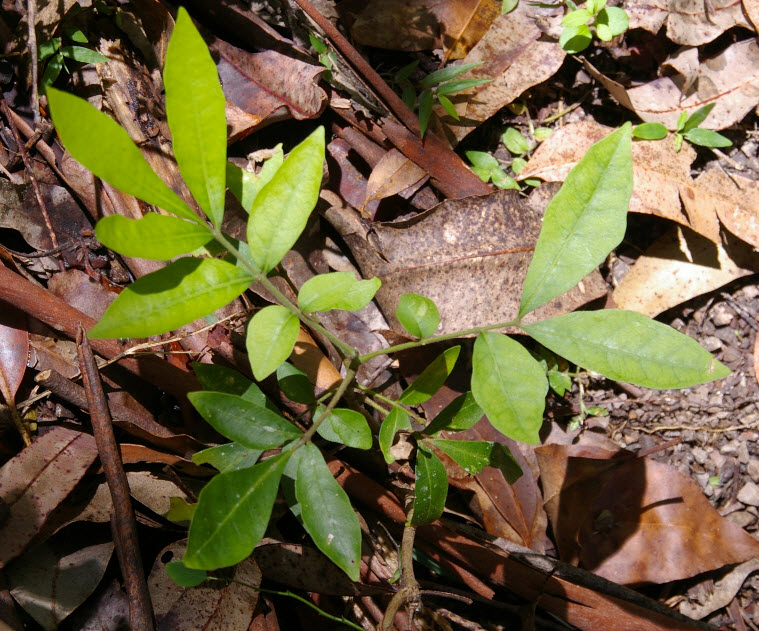 The Rosewood on the right is just starting on the slightly faster growth phase.  Under the right hand side compound leaf you might also notice the top soil on this hill side is a bit gravelly, not much soil actually. 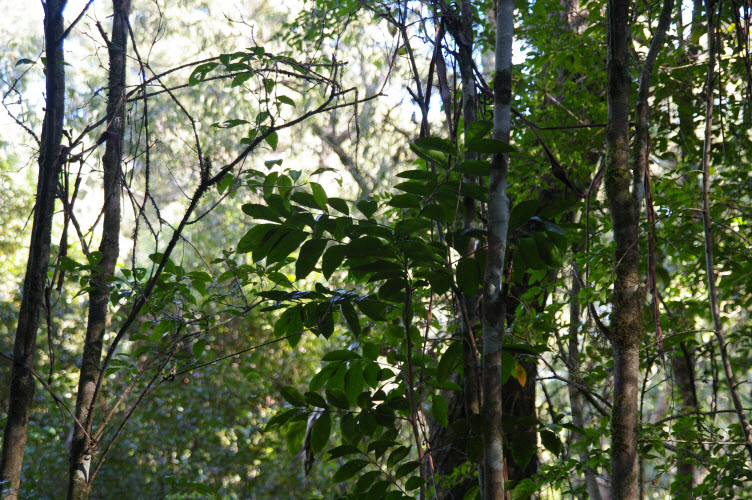 This Dysoxylum fraserianum is about 4 to 4.5 metres tall, at head hight "it's just a stick".

It is growing faster now I have killed off the Small Leaf Privett that was shading it over head, though an Acacia longifolia is immediatley behind it and probably above.

Above the Rosewood foliage are the temporary cover story plants in this gully, a mixture of Acacia melanoxylon and A. longifolia, the A. melanoxylon seem to grow a little taller than the A. longifolia, both could easily be called very tall.  These legumes are doing a good job of nursing the rainforest back to health.

They are starting to die off or being snapped off in storms.

Eucalpytus, Tristaniopsis and Corymbia are nonexistent in this area, they appear about 30 metres up hill.  Just down slope is a nice collection of Doryphora sassafras. 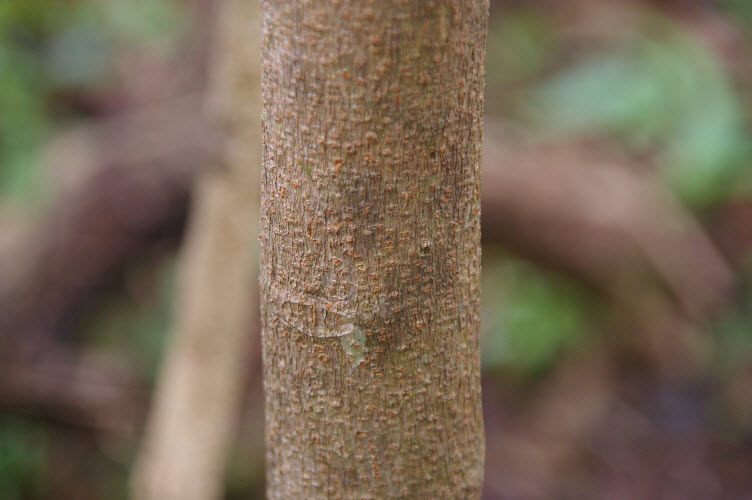 Trunk detail on a juvenile Dysoxylum fraserianum in a different location, fairly sunny spot by comparison, it might be a bit younger and is about a metre shorter but stouter.  This trunk is about 7cm across. 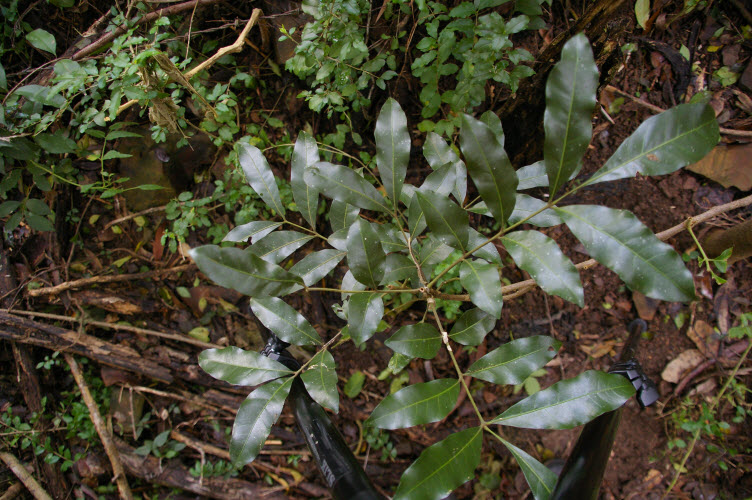 Leaves from the sapling above, from a conveniently low branch.  Notice the pinnae do not always have a terminal leaflet, as is the case with the larger seedling above and also on the main section of the sapling above.  This sapling is about 5 years old, when I found this Rosewood it was slightly smaller than the size of the smallest seedling above.  Dysoxylum fraserianum are easy to see as seedlings.

You can see I use a tripod, in almost every location I shoot there is not enough light to shoot hand held, a flash will wash out the images or create reflections.  I've tried a monopod as well, still couldn't always hold it still enough for a kerlickkkk length exposure.  In terms of carrying and setting up, I treat it like a monopod because over 90% of photos are on sloping ground, in around 80% of photos I only ever adjust one leg, the downhill leg.

One may exist on Sassafras, to be confirmed.  There are an awful lot of Dysoxylum fraserianum seedlings in places.