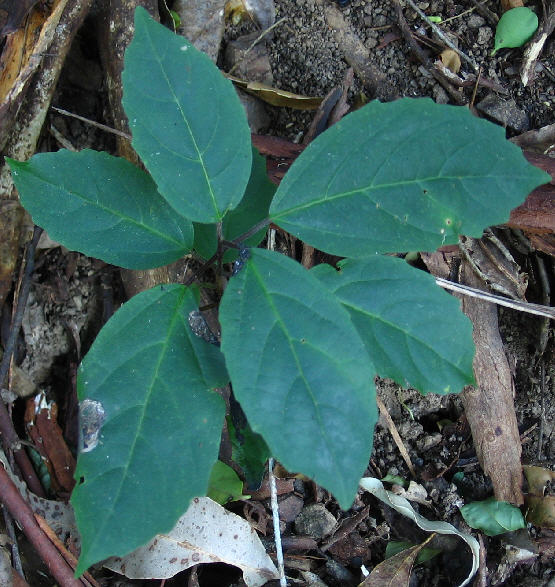 Ehretia acuminata seedlings are quite tender looking little plants, fairly soft to the touch, quite hardy though, a frequent pioneer species, like Guioa semigluaca. 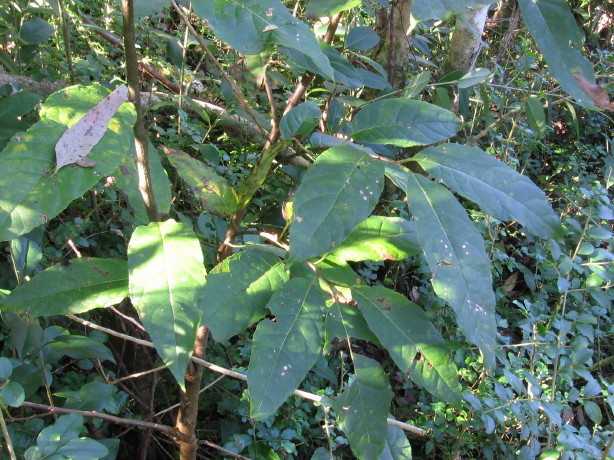 Unfortunately other vigorous pioneer species just here are Small and on the left, Large Leaf Privett.

The Koda is quite a vigorus grower.  Leaves get a fair bit bigger, changing from soft to crunchy!  Once beyond the seedling stage to young plant the Wallabies loose interest. 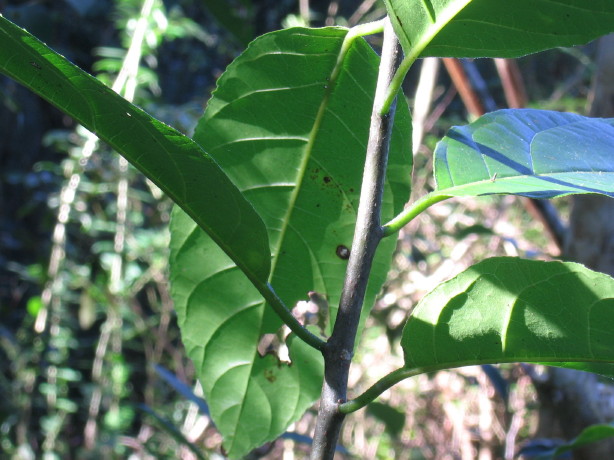 The main lateral veins are quite pronounced on both top and bottom. 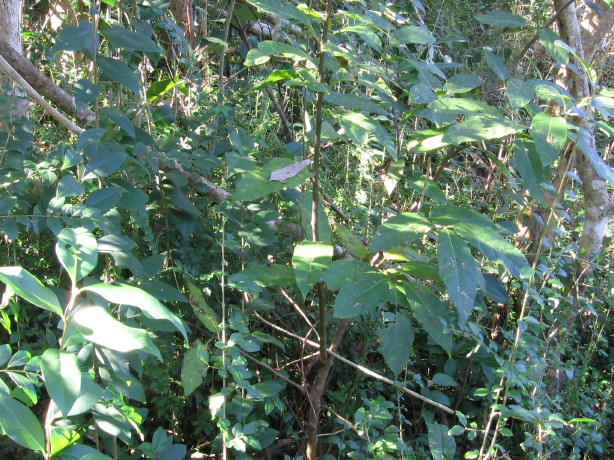 They are inclined to grow new leading limbs if they are leaning too much as the photo below shows.  What tends to happen is the leaning branch dies off.

This can happen in quite large specimens, the first time I noticed the habit was when a 7 metre long horizontal main trunk died after I removed over arching Privett and it sprouted vertical branches from below the bend. It waited until the new branches were one or at most two years old.

Yes many other species do this but it is very pronounced in Ehretia acuminata.  I could guess the aim of the game is to break out into the sunlight, don't waste energy on those branches that will not contribute.  Given the kind of coverstory that used to be around here it does not surprise me. 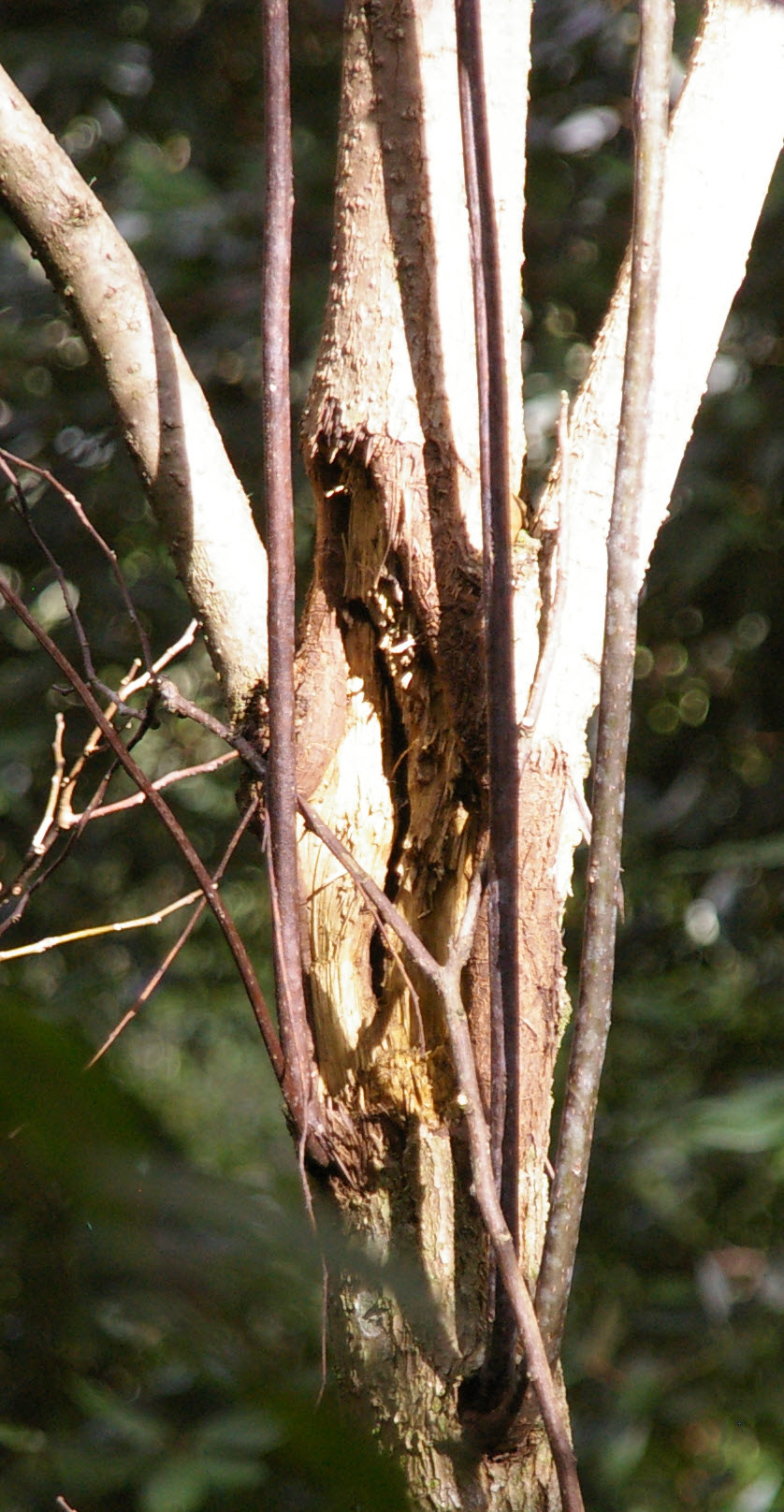 Ehretia acuminata are home to tasty grubs at any age.  The shoots are insurance in case the main trunk snaps off, which could happen.  The main trunk is actually still quite healthy above here, it will just have to bulk out some more to heal the damage.  If the grubs were still there it would almost certainly die above here given time. 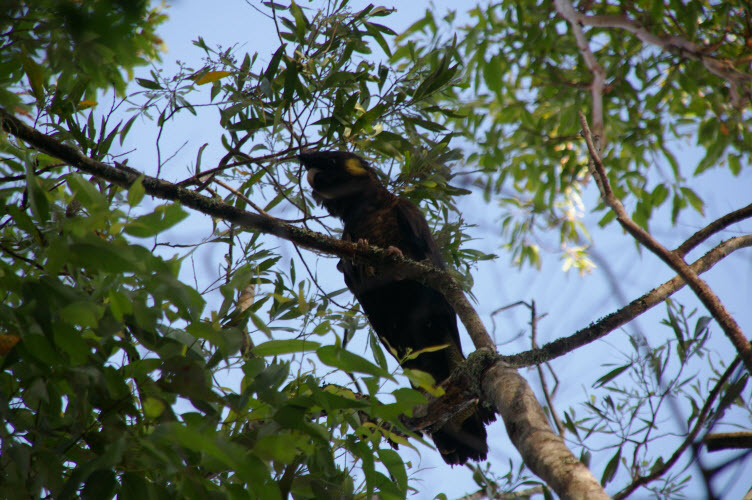 The surgery above was almost certainly carried out by this fellas Mum or Dad.  A young Yellow Tailed Black Cockatoo.  This one didn't want to move too far for any particular reason, I was getting a bit concerned because they usually fly off when you get too close unless they have safety in numbers.  After a little while Mum and Dad came back from further down the hill and they left for some trees further up the block.