Warning - The leaves and stems of this tree deliver an excruciating sting, rather like multiple Paper Wasp stings (which I have had, below the knee, front and back), under no circumstances touch this tree with bare skin, or rub any part of your clothing that have come in contact with the silica needles, on your skin.  Do not bump into small trees, you will be showered with tiny sharp hollow silica needles which contain the toxins.  Everything on this leaf that is not green is not your friend.  The stems are just as bad. Fallen leaves can be just as nasty.

You have been warned. 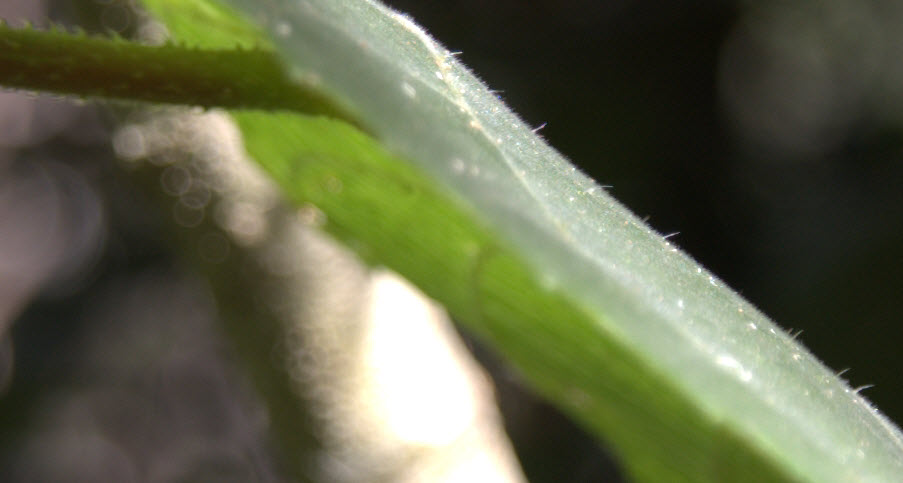 Yes I have been given this "beautifully soft" leaf to feel by my wife, I rubbed it very gently another way and couldn't use my right hand for about 15 minutes, I guess I was lucky, apparently it can last for hours.  My left hand was only good for holding my right hand above the stinging and squeezing as hard as I could to try and make it just go away.  We discovered the hard way what a Giant Stinging Tree was.  There are now warning signs leading into Wingham Brush about Giant Stinging Trees.

Why leave these trees?  They are excellent habitat trees for many many species other than Homo sapiens and they also block out light very quickly.  Like Snakes and Spiders, they do not chase you, they would sooner you left them alone, they would escape if they could, unlike Leeches and Ticks, who will chase you.  Okay, now I'm started on Leeches and Ticks........ 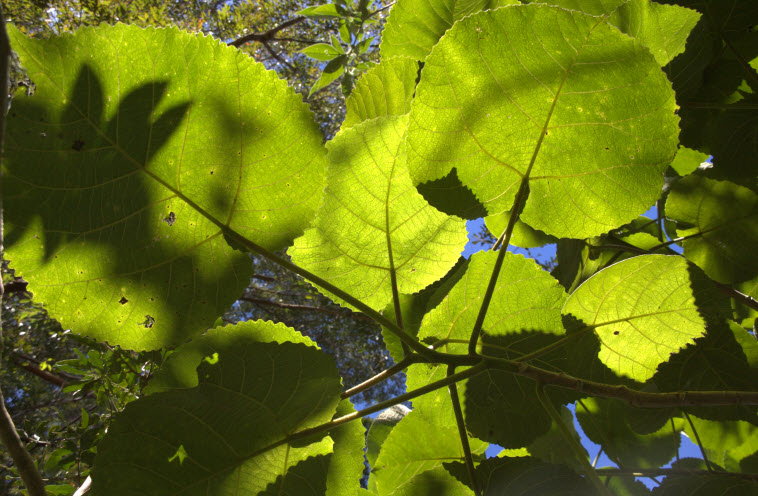 All of our Dendrocnide excelsa are in what I would call the juvenile stage.  They occur on all properties in the area where they have a chance to grow.

Sassafras has been almost completely cleared at various times in the past century. Dendrocnide excelsa do not like either fire or frost.  The former will kill all sizes, latter younger trees, though they will attempt to grow again a few times.  The growing tips are very tender, I don't believe they even need a frost to die, just close to 0 celsius seems to be enough.

The vegetation is now dense enough in many places to keep out all but the worst frosts, in a few places it is dense enough enough to keep out fire, in those places there is over 90% shade, very little undergrowth (to me undergrowth is up to about 5 metres above ground level) apart from mosses and ferns, scattered Settlers Flax and scattered young trees waiting for a gap in the canopy.  Leaf litter is very thin, in this kind of humid environment it rots very quickly.

Now, back to Dendrocnide excelsa.

This little tree shown above is about 3 or 4 metres tall, was killed down to ground level by frost a few years ago, it wasn't quite that big then, probably only 2 metres tall.  It is unusual not to see at least some of the leaves full of holes from various bug attacks.  They are very good fast shade trees for rainforest, not a lot of light penetrates when sun shines through two or more leaves, which you can see on the far right and bottom of the photo above.

There is some evidence of bug attack starting to happen on the established leaves.  More please. 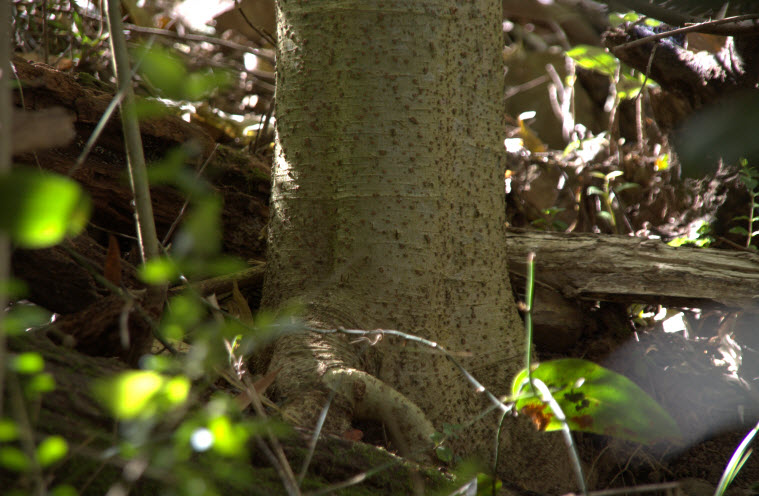 The trunk at left is from a young tree about 6 metres tall, it has been bitten back by frosts for a few years though the last 4 Winters have been quite mild, it should be safe now.

In a few years or so.