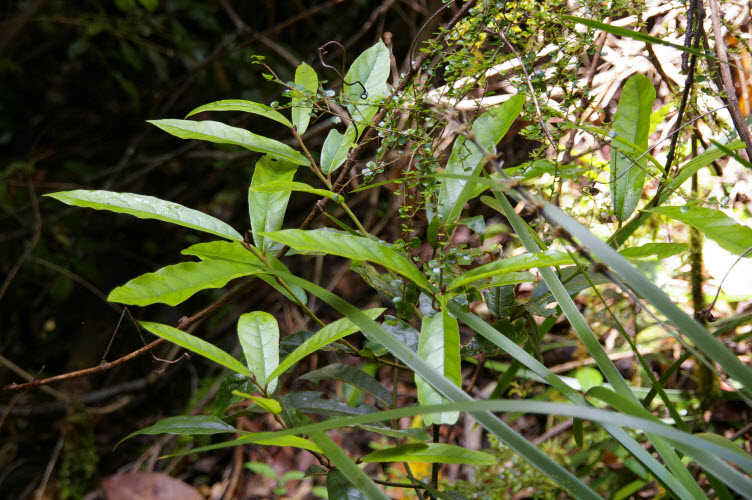 This young Cryptocarya obovata has started to get a move on after a tall Alphitonia excelsa came crashing down from the other side of the gully, taking out the Privett I had not removed.

There have been a number of other benficiaries on both sides of the gully.  The Alpitonia excelsa is resprouting at various locations along its' length, it is not dead. 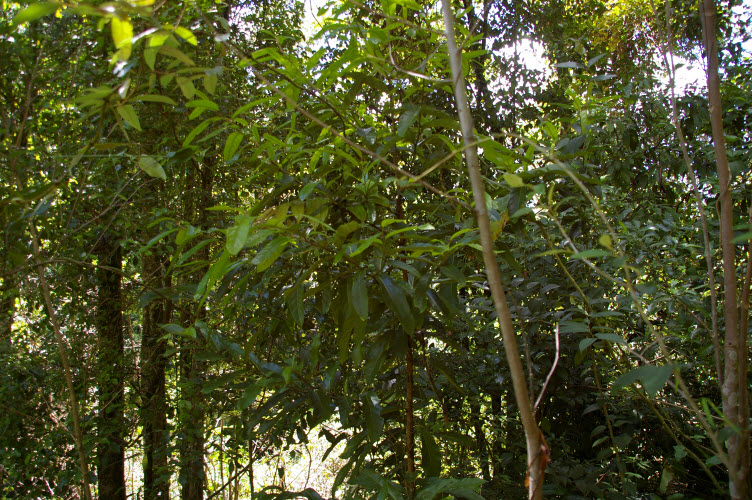 I used to wander past this Pepperberry for a few years, not knowing what it was, then one day I took a specimen back to the house.  One of the easier identifications.

The light area behind is a result of the fallen Alphitonia excelsa. 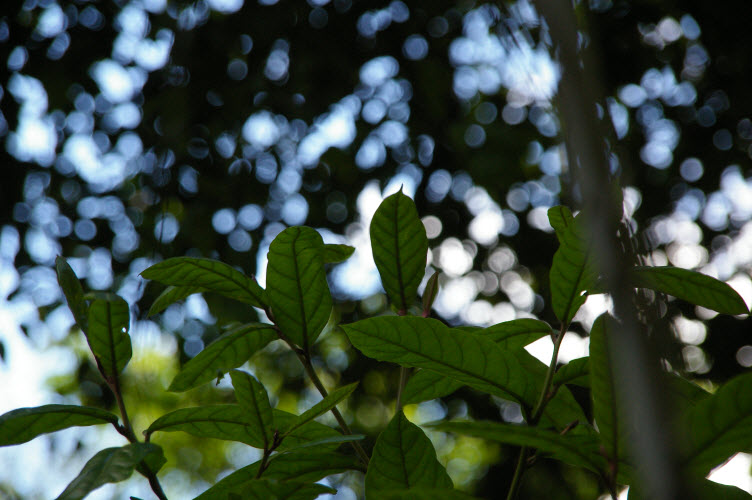 The leaf vein structure and the pointed apex on these juvenile leaves are quite distinctive. 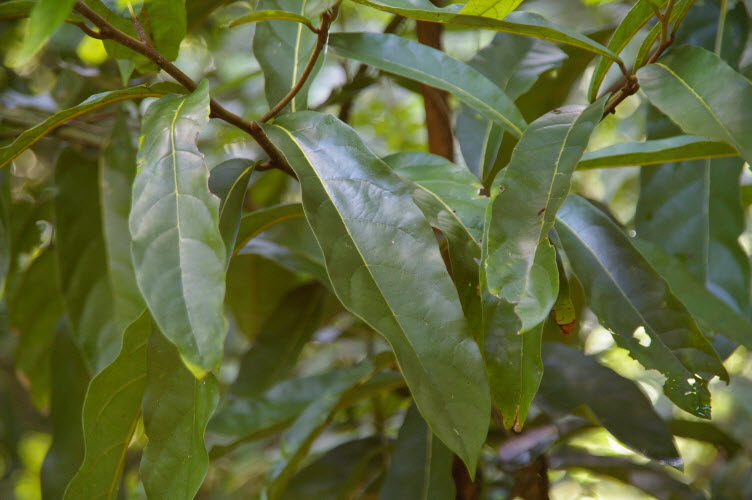 The way the leaf attaches to petiole (stem) is quite distinctive, just here =>
It attaches from the underside and the main leaf veins are visible on the upper side.

The leaves must have a modest degree of yumminess... 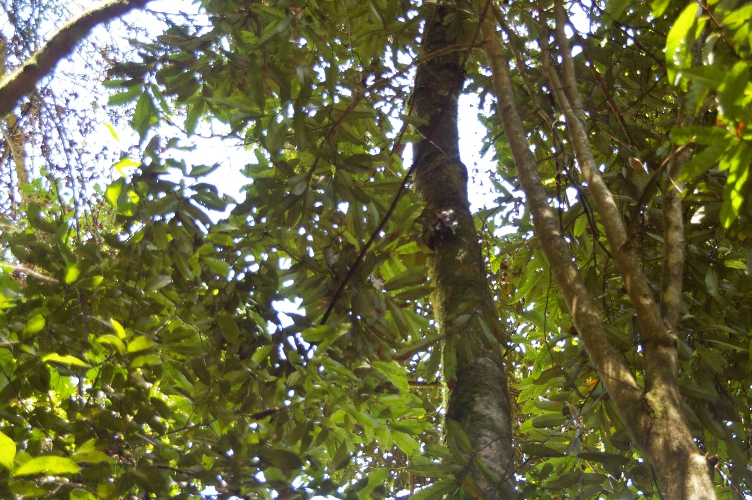 I found the quite mature parent tree (or or one of them) a little while ago, I just happened to look up at the right time, very obviously a Pepperberry, must wander down that gully again with the camera.

The previous comment was from a few years ago, about 2 years ago I started clearing a heavily privetted section of this gulley, near the bottom and I found a few more young Peppeberrys, among other seedlings, they will be appreciating the extra light.

Then after another year or 2 I eventually did take the photo!  Both trunks belong to the one tree, as you see the left trunk is the older one, it wanders up through the canopy.  It is really appreciating the fallen Alphitonia excelsa which used to stand in the light patch behind the Pepperberry.

The newer light brown trunks are making use of some light from fallen branches behind me.

This Cryptocary obovata now has about 20 saplings within 50 metres coming up.  I have found 3 on the ridge on top of this gully, about 150 metres away according to Google Maps.  There are other C. obovata further along the Refuge that were found by the original survey we had done in 2002.