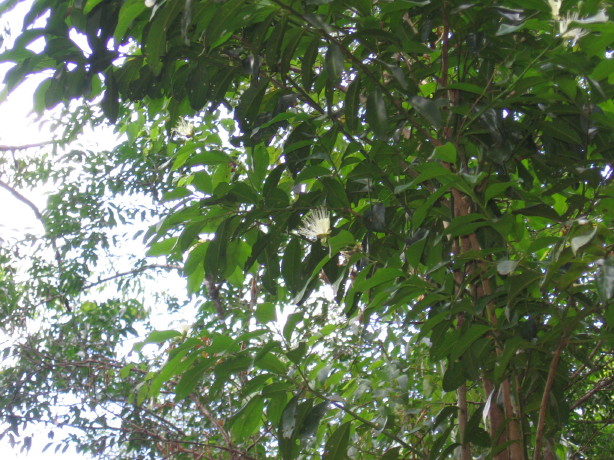 This Capparis arborea is on an exposed East facing slope, in the only large hole in the vegetation along this side of the small valley it is in.  It was really just a spiky white stick with a few leaves up the top before I killed off the privet around it.  I think this is the first year it has flowered, producing a modest amount of fruit. 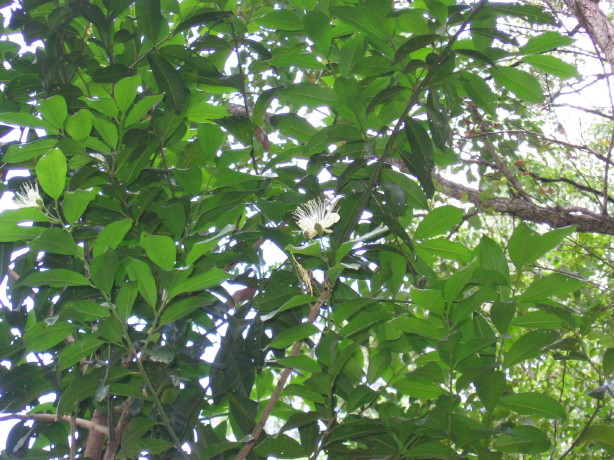 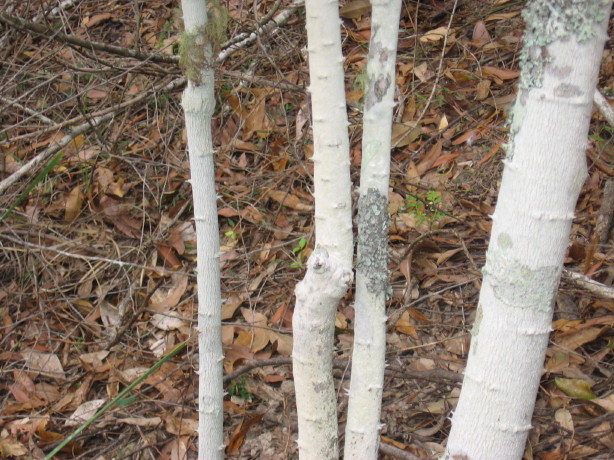 The trunk on the right was about as thick as that on the left, a spiky white stick when I found it,

I've since found more mature specimens, perhaps 8 -10 metres tall, understorey and some much nearer the house on a steep privett infested hill side above our creek that I've started to clear around again.  Photos to follow. 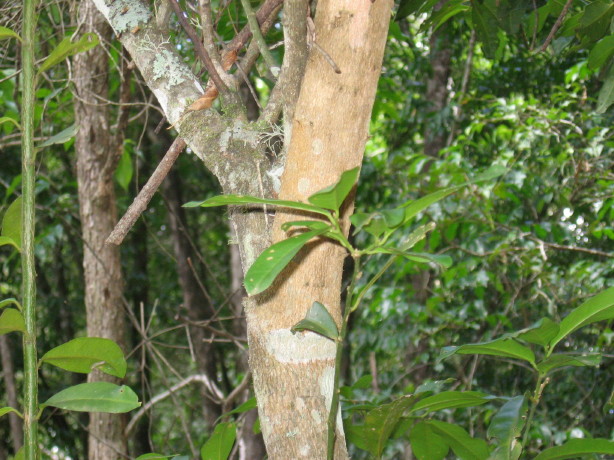 The trunk becomes more conventional after a little while but the leaf stem (or petiole) shown below is quite distinctive. 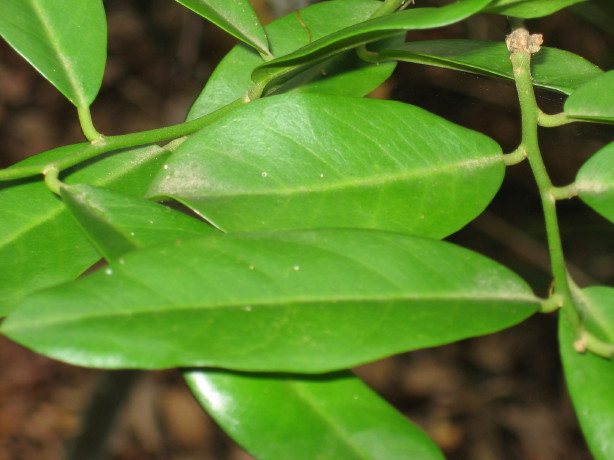 The petiole is quite green, more tender looking than the leaves, it usually seems to have a little curve to it. 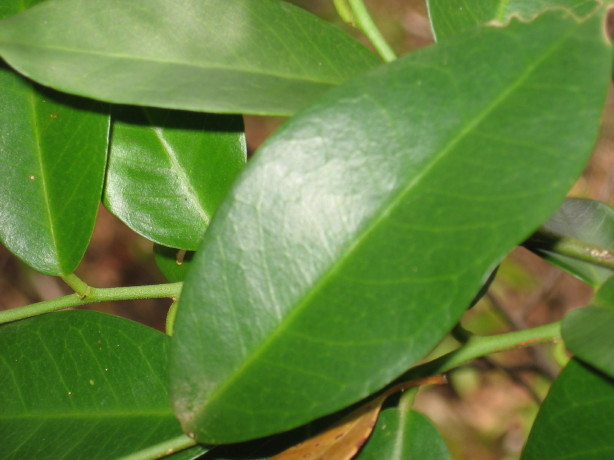 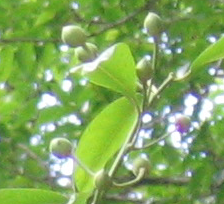