Probably going to be a little bit of a wait. 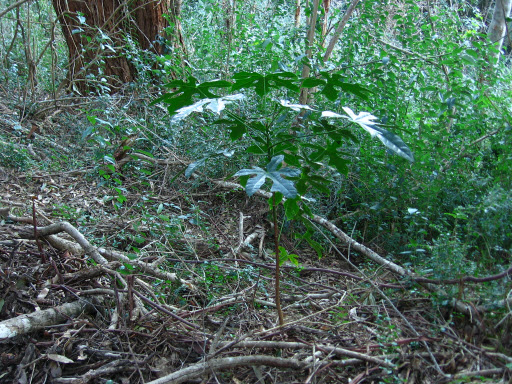 This is one of 3 Brachychiton acerifolius I found as I was exploring a bit of South facing ridge, not far from the house as the Pidgeon flies.  You can see dead and rotting Privett branches on the ground.

This was the largest of the 3 at the time, about as high as the bottom of it's current canopy.  There was another smaller specimen maybe 20cm to its' left.  I transplanted it to the other side of the creek valley, a Northerly aspect among  Acacia maidenii, Acacia irroratata, Eucalyptus saligna and Tristaniopsis laurina, it also is doing well.  There is another one just out of frame, downhill on the right hand side.  It has had a hard life with nibblers until I created a special cage for it, to prevent nibbling from underneath, with 3 stakes to prevent the cage being pushed over.  Must be tasty.

Flame Trees can be seen as red spots on the hills around the top end of Mooral Creek at the right time of year.

I will definately be propagating from this one when it sets seed.

That's a fair size Tallowwood trunk you can see poking above the hill to the left of the Flame Tree, immediatley behind me would be a Denhamia celastroides. 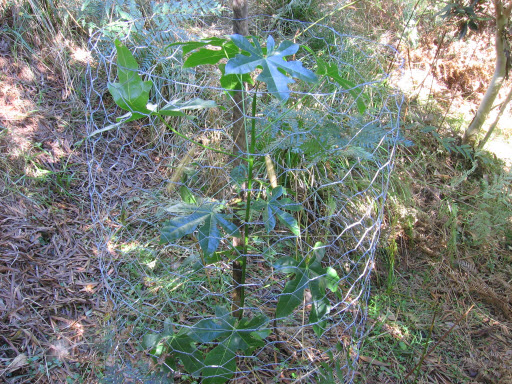 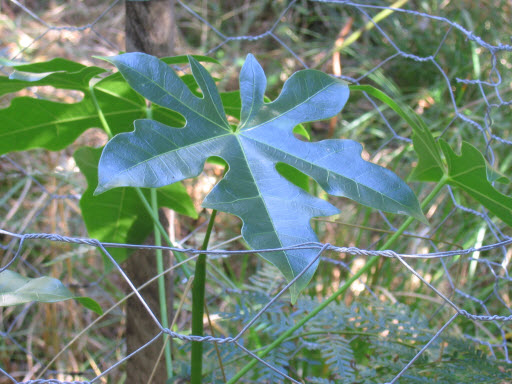 The first Juvenile photo in this series was taken in late July 2007, this is the same plant in late July 2009, 2 days short of two years.  In good conditions they grow rapidly.  Behind this self sown sapling is another Tristaniopsis laurina, the primary trunk is the one immediately to the right of the top of the Brachychiton leaves.  I expect the Flame Tree to out grow it in less than five years. 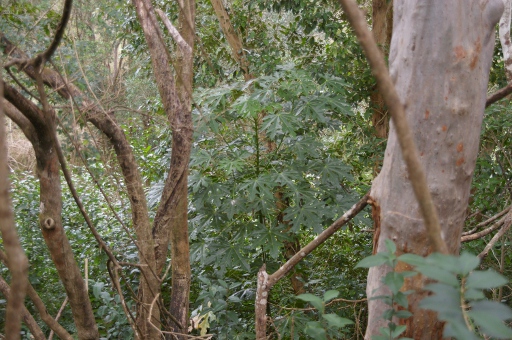 Give it a few years unless I happen to find one.